And in the meantime...

In the meantime our nephews finally got their quilts. 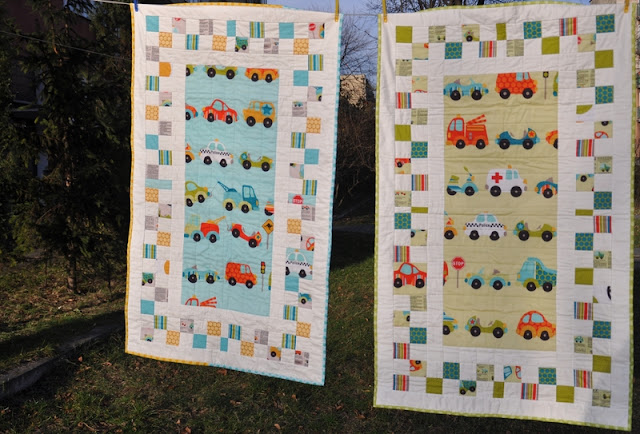 I wanted the quilts to stay very soft, so they were only lightly quilted around the squares and with vertical (the blue quilt) or horizontal (the green quilt) lines on the panels.
I thought about labelling them for a very long time but in the end decided to simply stitch the boys' names directly on the quilts. 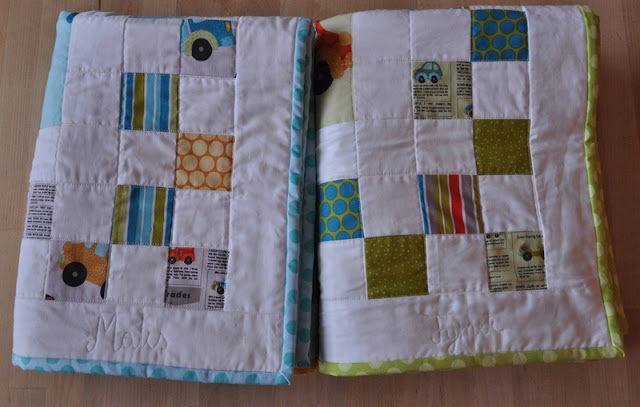 There is still much room for improvement, I know, but I'm happy I decided to do it anyway.
Posted by tusen at 10:14 PM 3 comments:

I usually enjoy every stage of quilt making (well, except basting, which is a bit of a pain).
But the quilt I'm making for my best friend might just be a tiny bit more enjoyable than usual.
So I hope you'll understand my need to share it with you.
I started with designing a quilt with blocks heavily influenced by the abacus block I'd seen here.  (Apparently there had been a tutorial, but the link was no longer active.)
I began in the cool modern way, using EQ7 to come up with three blocks:

and a way of combining them and arranging the fabrics so that after some adjustments it ended up as a kind of reflected rainbow: 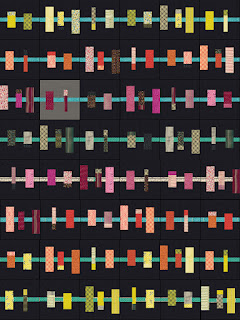 And then I proceeded to the equally cool old school notebook method, to note down all the sizes I had to cut from each fabric: 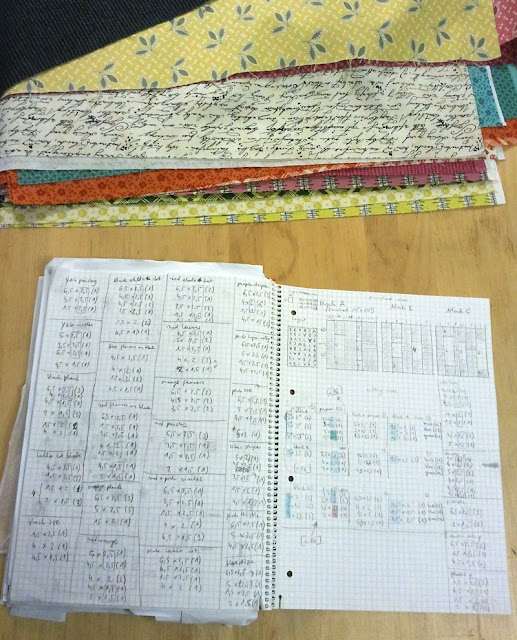 It's been fun to cut - especially the colourful pieces: 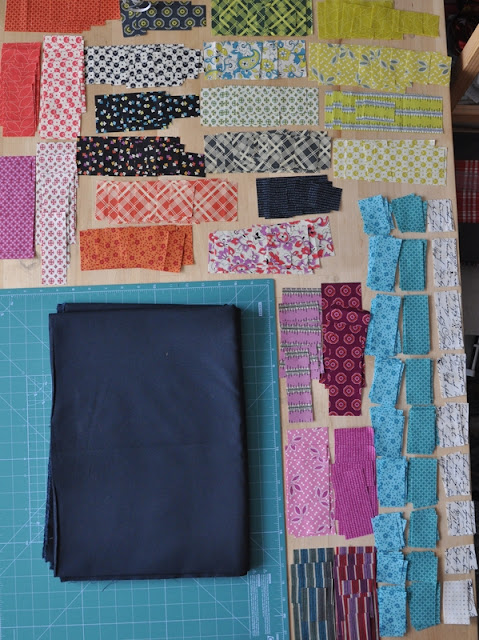 and to sew the blocks: 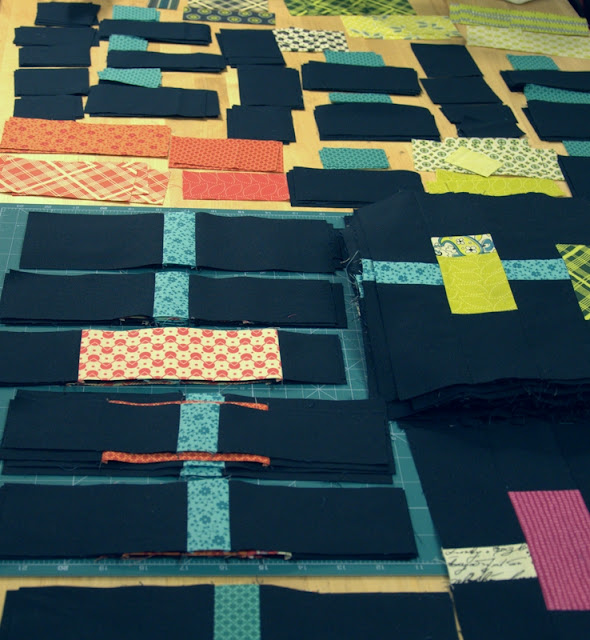 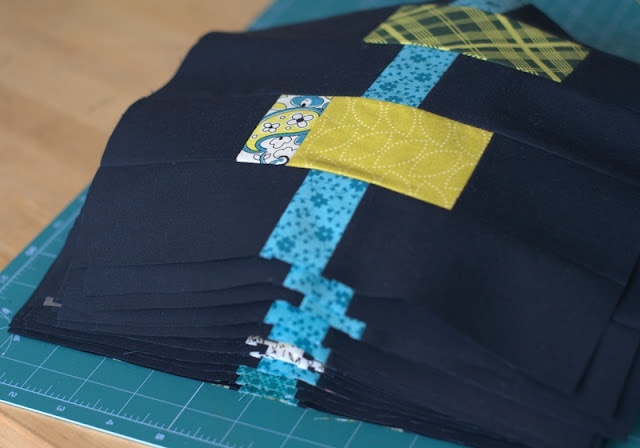 The quilt top is ready now, but I think that's enough photos for one post (not to mention that I still have to take at least a half decent photo of it). 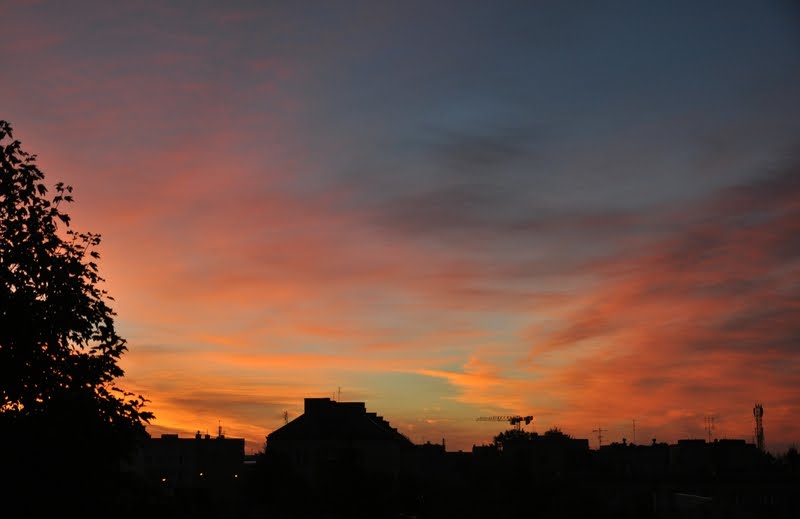